December is a crucial month for your nonprofit. As Double the Donation points out, “30% of annual giving happens in December, with about 10% of all annual donations coming in the last three days of the year.”

What happens in December could make or break your nonprofit's budget. But what you do right now, starting today, can make your December golden. Click To Tweet

Here are the ten steps you need to take SOON to ensure a successful end-of-year fundraising campaign this December.

A guest post by Amy Eisenstein of Capital Campaign Toolkit

Are you a monthly giver to organizations you believe in? If so, you know what monthly giving is like. Every month, you see the charge on your credit card. Periodically you get reports—either in print or through email—about what the organization is doing with your money and everyone else’s. Occasionally, you get an invitation to a special event. Toward the end of the year, you get a notice about how much you have given for your tax records.

But rarely, if ever, do you get a call from the DD or a board member or even a thank you note that feels like anything personal. However, you keep right on giving. Why?

Because you know the organization does important work and it would take something big to shake your confidence. Your giving is on automatic pilot.

That’s true as far as it goes. But it doesn’t go far enough.

The Same Donors Give Recurring Gifts and Special Gifts

You will understand why monthly giving is good for capital campaigns when you think carefully about the difference between recurring gifts and special gifts. For in that idea is the magic sauce of great fundraising.

Monthly giving is the ultimate form of recurring gifts. Like all gifts that support your annual operating budget, they are needed year in and year out. The concept is that people will give at an amount they believe they can sustain over time.

I first understood this concept when I was standing in front of a donor plaque in the lobby of the athletic facility at the college where my husband taught. I knew many of the donors to the college. And looking at the donor listing on the wall, I saw the names of many of the wealthiest people in town at the $1,000 level. Only when I realized that the plaque recognized people for annual contributions did it make sense.

Those wealthy people who gave $1,000 each year also give much larger gifts to support the college’s capital projects. The same donor listed for a $1,000 gift on the annual funding plaque was also listed at the $1,000,000 level on the donor listing for the capital campaign.

Bingo! Donors give at modest levels for recurring gifts and at much higher levels for special, occasional projects.

The recurring gifts build a long-term relationship and commitment to the institution. The special requests enable them to make transformational gifts every once in a while. Just because a donor gives a monthly gift of $50 or $100 doesn’t mean that they won’t also make a gift that is many times that amount occasionally for a big special project.

Monthly donors who give to your capital campaign will keep right on giving even when they make a second, very large gift. And that’s why capital campaigns aren’t likely to cannibalize your annual fund.

Again and again, we see that the very same donors who give recurring gifts for years are the donors who give extraordinarily large gifts to capital campaigns now and again. When they are asked for very large gifts for a special project, they understand that you won’t expect them to make that huge commitment year after year. And they calibrate the size of the gift accordingly.

How to Turn Your Best Monthly Donors into Capital Campaign Donors

Turn your monthly giving into a glide path for your capital campaign by identifying your top 50 donors who are recurring givers and treat them particularly well. Use the many research tools available to you to identify those 50 donors. Look at their capacity, giving patterns, and values.

Select those people for white glove treatment. Invite them to meet your president. Communicate personally with them. Send them insider information. Thank them more diligently.

Use Your Monthly Donor Relationships to Get Ready for Your Campaign

When you ask someone for something they want to do, chances are they’ll say yes. So use the pre-campaign period to identify, research and cultivate your best monthly givers so when you are ready to ask them for a campaign gift you’ll know what to ask them for. It makes simple sense, doesn’t it?

This intuitive guide breaks down each step of your campaign, and the timeline allows you to visualize your whole campaign, from start to finish! Download this free campaign checklist now! 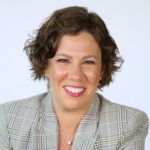 Amy Eisenstein, ACFRE, and Andrea Kihlstedt are co-founders of the Capital Campaign Toolkit, a virtual support system for nonprofit leaders running successful campaigns. The Toolkit provides all the tools, templates, and guidance you need — without breaking the bank.

Oops! Your nonprofit organization did something wrong to a donor.

I’m sure you didn’t mean to. Surely, you want to strengthen your relationship with that donor, not hurt her feelings nor make her angry with you. But sometimes, inadvertently, you just stumble into a bad place with your donor, and it feels awful–to both of you.

Please take a deep breath before you go on.

Offending a donor isn’t the end of the world. It doesn’t even have to be the end of the relationship. If you handle it right, you could even make that donor remember you more fondly in the future.

Each  of them has shown they care what you do (or you wouldn’t have heard from them in the first place!).

Each of them is waiting to hear back from you.

Each of them is giving you an opportunity to reaffirm the relationship: by sending thanks, or by sending a heartfelt apology.

When to offer an apology

You made a mistake

Sometimes you’ve really made a mistake, and you recognize it as soon as it’s pointed out to you. That could be:

If you have done any of these (as I have!), you know the sinking feeling when a donor calls, writes, or posts on social media to point it out. But I can tell you that the feeling when you’ve healed the injury is just as deep, and more lasting.

Sometimes you think what you’re doing is perfectly reasonable, and the donor just doesn’t see it that way.

Sometimes, it’s even something that seems like a nice gesture to you but strikes them as a waste of time or money. “Why did you send me a self-addressed stamped envelope when I’m going to go online to give anyway?” Or, “I only gave you $25 and I got a call from the Executive Director. Doesn’t he have anything better to do with her time?”

You might feel defensive when you hear this. You might want to argue with the donor, or educate them about best practices in fundraising. But don’t! An apology costs you nothing, and it may mean everything in the world to the donor.

You can be pretty sure that when a supporter calls or writes with a complaint she needs to be heard. So don’t jump in with excuses or explanations right away. Just listen. Listen without judgement. Try to understand the real reason she’s upset.

How to make your apology

“In direct response membership development nothing says ‘I love you’ like ‘I’m sorry.'”    –Moira Kavanagh

Remember, your purpose when you respond to an upset donor is not to win an argument: it’s to win back the trust and affection that made them a donor in the first place! So, follow these three tips from Moira Kavanagh:

And remember this helpful advice from Mary Cahalane:

That last point, “when you can,” is an important qualification to the general rule. Allison Gauss cautions us:

Your second objective in this situation is to maintain your nonprofit’s autonomy and independence. Everyone knows that the squeaky wheel gets the grease, but the time and money you put into pleasing that wheel can distract you from getting to your destination. This is why you need to balance donors’ demands and opinions with your organization’s mission and plan.

Your Apology Speaks for the Organization! Today, when this post goes live, I will be celebrating the Jewish holiday of Yom Kippur, the Day of Atonement.

One of the central themes of the holiday is asking to be forgiven for the sins we have committed, deliberately or even unintentionally and unknowingly.

In the Jewish tradition, however, we do not confess our sins individually to God. For things we have done wrong to a specific person, we make an apology and try to make things right with that person.

For wrongs we have done toward our own best self, toward the natural world, or toward God, we confess collectively. “We have abused, we have betrayed….”

When your nonprofit has done wrong to a donor, it is the we–the organization–that the donor resents. It is not you personally.

You are not guilty, but you are responsible–and you have the wonderful opportunity to be the voice of your organization and say, “I’m sorry. You matter so much to us. How can we make things better?”