More than 100 appeal letters arrived at the Fischman household last November and December. About two-thirds of them came feet first.

By that I mean that, like your donors, I read the postscript right away.

The p.s. is one of the first things donors read after we open the envelope–probably right after checking to see whether you call your donors by our names. You will make more money if you get the postscript right.

So, how do you write a postscript your donors will love? 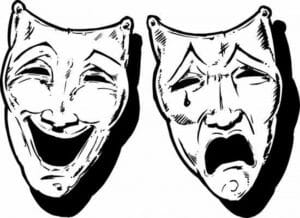 The sad news is that 37 appeal letters didn’t include any postscript at all.

True, some of them were in a format that didn’t look like a letter. It’s hard to put a p.s. on a report or a sheet of coupons. (That may be a reason not to use those formats very often!)

But many of those 37 were classic appeal letters that came to the signature line and just ended. That’s sad–for the senders.

For your nonprofit, the happy news: it may have given your letter the chance to be noticed. If you used a postscript, good for you!

More than 30 letters used their p.s. to stress the reason for giving now.

I was glad to see that none of them said “so we can meet our goal”–that’s your reason to write, not their reason to give. None of them mentioned tax-deductibility, and that’s good: it’s not the reason most people give either.

Most of the time, nonprofits used the postscript to do one of two things:

The very best examples made the postscript into a story in brief. They referred back to the clients whose stories they told in the body of the letter and reminded donors, “You can be their hero.”

Experiment with a Call To Action 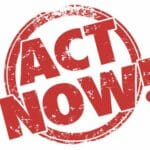 Mostly I advise nonprofits to keep the postscript simple. Ask people to do just one thing: give money. But 18 of the appeal letters I saw this year asked for an additional action.

Some of them requested the donor take steps to make their donation worth more, like “Check if your employer will match your donation.” Others suggested the donor take another action besides giving: fill in a survey, pick a design for a membership card, alert the organization when ICE was in the area.

I’m curious: did your nonprofit try an additional Call To Action in the postscript to your appeal letter? What was the response like? Did people who took that extra step give extra money?