You are here: Home / Social Media / Don’t Worry about Facebook (More Than Before) 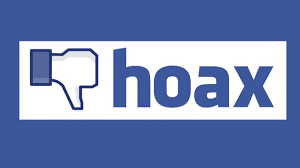 Okay, now I’m mad. Some scammer is trying to take advantage of…our fear of being scammed!

If you’re on Facebook, you should always think twice before accepting a friend request. Specifically, if the thought crosses your mind, “I thought I was friends with her already?, you probably were. And it’s probably not her.

This was true last week, and last month, and last year. All of us should always be checking to see if a friend request comes from someone we’ve friended previously. That’s nothing new.

This past weekend, tons of us got messages from people we knew saying their Facebook accounts had been cloned. This is a bad joke perpetrated on the public. Here’s how that hoax happened, according to Time Magazine.

The message says that the sender has received a duplicate friend request from the recipient. Then, it tells the receiver to forward the same message to their friends. Many have apparently taken that to mean that they should forward the same message to all of their friends, prompting dozens or even hundreds of others to believe that there may be a problem with their accounts as well.

BUT THESE MESSAGES ARE A HOAX.

There is no epidemic of cloned accounts. There is an epidemic of people wasting each other’s time and confusing one another by sending out these bogus messages!

So what should you do if you receive one of these hoax messages? Nothing. Delete the message and move on.

Why You Got Fooled

If you took these hoax messages seriously, there’s a reason for that. As Snopes rightly remarks:

This message played on warnings about the phenomenon of Facebook “pirates” engaging in the “cloning” of Facebook accounts, a real (but much over-hyped) process by which scammers target existing Facebook users accounts by setting up new accounts with identical profile pictures and names, then sending out friend requests which appear to originate from those “cloned” users. Once those friend requests are accepted, the scammers can then spread messages which appear to originate from the targeted account, luring that person’s friends into propagating malware, falling for phishing schemes, or disclosing personal information that can be used for identity theft.

You care about your friends. You don’t want to get them into trouble. So, you end up doing something that protects nobody, wastes their time, and annoys them. It also creates a paranoia about using Facebook…and distracts us from the real problems, and the real solutions.

What You Should Do Instead