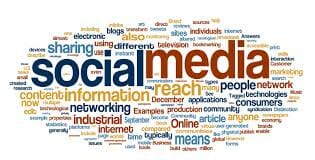 When your organization posts text or photos or video on social media, who sees what you posted?  Answer: It depends on which social media you’re using.

Know the differences so you can invest your social media time wisely.

Facebook is huge, but the percentage of your followers who see your Facebook posts is small. If you have less than 10,000 page likes, on average, it’s about 7%.  That’s right, 93% of your followers won’t see a particular post! (And the problem is even worse the more followers you attract.)

Let’s say that you have a follower named Sarah Thompson.  What will Sarah see in her News Feed (the main page where people spend their time on Facebook)?

Plus, Facebook keeps tweaking its algorithm (the rules by which it decides which of your posts get seen), sometimes from week to week.  The only guaranteed way to get seen is to pay Facebook for the privilege.

Bottom line: If you are a small organization, you will need exceptional content over a long period of time to get your Facebook posts seen.

You will need to tweet the same basic message multiple times to give Sarah a better chance of actually reading it.  Again, plan on taking time to build a loyal following.

Google+ gives you the chance to target your message to the people you choose. You can send to specific communities (where everyone will receive it) or to circles that you have created (where they will receive it only if they have followed you back).

Check carefully to see whether the people you want to reach actually use Google+. Is Sarah there?  If not, she’s never going to see that brilliant article you posted!

LinkedIn gives you three ways to post: by updating your status, by participating in a group, or by writing a long-form post for LinkedIn Pulse (essentially, blogging on LinkedIn).

Know where your audience is on social media.

Know what it takes to get your message seen on that particular medium.

Take time to build a loyal audience–so THEY come looking for YOU.