You are here: Home / Nonprofit / When the Client Asks for the Moon 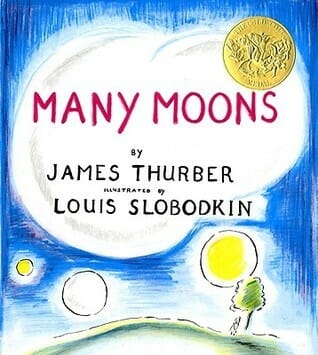 What do you do when your client–or boss–asks you to do something you don’t know how to do?

A friend who’s a social media consultant submitted a proposal to a new client.  She would make sure they had a presence on Facebook, Twitter, and Pinterest, and write their blog.  The client asked, “What about data mining?”

The consultant turned to her friends in Phyllis Khare‘s and Andrea Vahl‘s Social Media Managers School for advice.  What they came up with was a strategy I call Many Moons.

What Do You Mean?

In James Thurber’s classic children’s tale, the princess is sick and won’t be well until someone gives her the moon.  The king turns to one expert after another.  They have no solutions.  All they can tell him is how big the moon is, and how far away, and how it’s impossible to give the princess what she wants.

At last, the king tells the court jester that the princess will never be well until she has the moon.  So the jester goes and asks her:

“It is just a little smaller than my thumbnail,” she said, “for when I hold my thumbnail up at the moon, it just covers it.”

“And how far away is it?” asked the Court Jester.

“It is not as high as the big tree outside my window,” said the Princess, “for sometimes it gets caught in the top branches….”

“What is the moon made of, Princess?” he asked.

So the jester gets the goldsmith to make “a tiny round golden moon just a little smaller than the thumbnail of the Princess Lenore.”  And the princess gets well!

It turned out that “data mining,” like the moon, can be many things to many people.  What this client really wanted was not anything statistical.  They simply wanted to keep their ears to the ground and listen to what people on social media were talking about – and then to join in.

I would call that “social listening,” not “data mining.”  But that doesn’t matter.  My friend could give them what they wanted–and more–once she asked the right question.  And so can you.

When it sounds like the client is asking for the moon, remember you might have what they need right under your thumb.