June 2020 is the perfect time to ask the loyal supporters of your nonprofit to give.

You may have guessed they would want you to put your fundraising on pause.

But now we know that guess was wrong.

“Every Direct Mail campaign we’ve done since March (right thru to yesterday) has been getting Christmas level results,” – Denisa Casement, international fundraising expert.

“Right now is still the ‘bump,’ not the ‘slump’ stage. Folks who love you haven’t stopped loving you. They really want you to survive and thrive. So, guess what? It’s still early enough in the crisis that people are still giving. Your donors, especially, are still giving.” – Claire Axelrad, Fundraising Coach at Bloomerang

“Organizations that are connecting with donors are raising never-before-experienced levels of funds. New donors are showing up for the party. Donors are giving larger gifts than they’ve ever given. It’s truly extraordinary.” -Jeff Brooks, Future Fundraising Now

Now is not the time to hang back. Both the experts and the research show that donors will support nonprofits in uncertain times.  In fact, there’s research to show that global catastrophes actually cause charitable giving to increase.

Why are donors still giving? 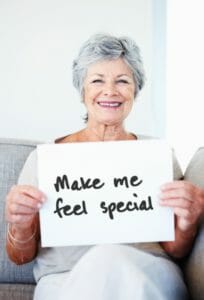 People like to band together and help others, in normal times. In a crisis, that impulse reaches new heights.

Think about it. You’re sitting at home, either unable to work or trying to work extra hard while taking care of children and running a household. You have to guess when or whether you will return to the office, or your children to school, and when you’ll be able to hug somebody you don’t actually live with again.

Meanwhile, Covid-19 and the killings of Ahmaud Arbery, Breonna Taylor, George Floyd, and Tony McDade have revealed (to those who didn’t know already) that the people who are supposed to keep us safe can actually be the ones putting us in danger.

When the word feels out of control, what do you do about it? You find something you can do to make a difference. You give. Click To Tweet

And then, there’s the fact that many people actually haven’t been out of work. They’ve continued to collect paychecks AND received an economic stimulus payment. I’ve seen a number of people saying, “I’m lucky, because I don’t need the help. I’m going to donate that money to charity as soon as it comes in.”

They could be giving to you.

But Donors Give Only If You Ask!

“Twitter and blogland are aglow with the same question: where’re the nonprofit direct mailings? Why, at a time like this, are so many nonprofits ignoring or neglecting the most productive channel for individual giving: direct mail?” -Roger Craver, The Agitator

It’s true in normal times and it’s doubly true in an ongoing crisis: people will give where they are asked to give. If you’re not asking,  you are slighting the very people you meant to be considerate toward. You’re hurting your donors, as well as your nonprofit.

You weren’t wrong to think some people can’t afford to give right now. Acknowledge that. Say, “If you can’t give right now, we understand and we are with you. But if you can give, here’s why your gift will make a difference.”

You weren’t wrong to imagine that a lot of people’s attention is on what’s in the news. But is that true of your donors? When they gave to you the first time (and the second, and the third I hope!), they knew that there were other problems in the world. The one they wanted to solve was the one you address.

To succeed, you pretty much just need to be in front of the donor with a relevant need. All the hard stuff — creating compelling calls to action, finding the right story, coming up with the right images and other evidence that can motivate donors to give … all of that is easy right now.  – Jeff Brooks

Donors are giving to the organizations they care about who care enough to send them a timely, thoughtful appeal in the mail. It’s proven.

Who is getting those donations?

Right now, the competition for your donors’ mailbox is weak. So many organizations have held back from sending out mail that the ones who do have a great advantage.

What’s holding you back?

If it’s not knowing what to say, or how to say it, or how to get a letter in the mail when your office is closed, please get in touch with me. That’s why I set up Communicate! Consulting in the first place: to make sure you could win and keep loyal supporters. I’m not giving up on you now.

Now is the perfect time to ask for money from your donors. Let’s get started