As Inauguration Day approaches, I think about the last two presidential elections. They had very different results–possibly because of the stories the campaigns told. 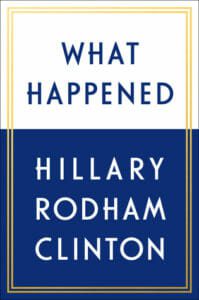 After the disaster in 2016, both presidential candidate Hillary Rodham Clinton and seasoned campaign manager and Democratic National Committee operative Donna Brazile put books out trying to explain what happened. Too late! 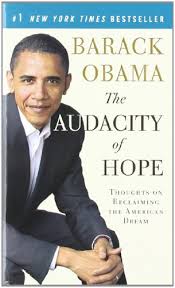 Looking back at elections can teach us something, but there’s an equally if not more interesting kind of book to read: the kind that’s published before the election.

Barack Obama’s The Audacity of Hope was a brilliant example. It told the story of who he was and made that the story of what we, the voters, wanted to see. It won him donations, volunteers, votes. It helped make him President.

Joe Biden’s Promise Me, Dad: A Year of Hope, Hardship, and Purpose focused on his family, and especially, the tragedies that they suffered. It turned the former Vice President from an Obama era afterthought to a candidate people could identify with. It helped make him President. 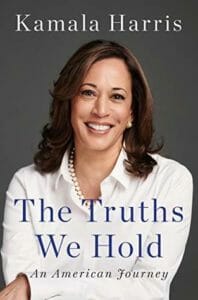 The Truths We Hold: An American Journey introduced Senator Kamala Harris to an audience outside California. It has not made her President–yet–but it helped many more people get to know, like, and trust her, and what she stands for. It probably helped make her Vice President.

There’s an election campaign going on, and your nonprofit organization is one of the candidates.

Everyone in your community can choose from a slate of good causes and “cast their vote”–for you, for a similar organization, or for a completely different cause that also appeals to them.

You need name recognition to win.  No one will vote for you if they don’t know who you are.  But how do you make sure people hear about you, and remember your name?

Tell stories that dramatize the problem you’re trying to solve.

Tell stories that give people hope that there are solutions.

Give them a chance to be the hero of the story by giving you their time or money.

When they choose between you and other organizations, make sure they know your name.  Then you’ll have a chance to get their vote.