I’m republishing one of the most popular blog posts ever on this site. Read to the end for the 2017 update! 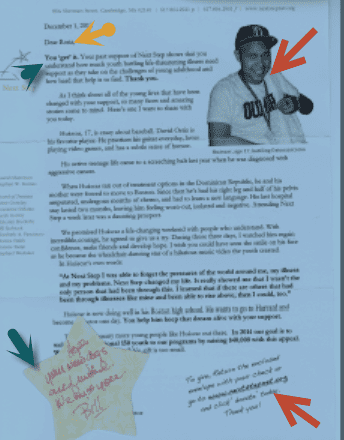 The Most Important Piece of Your Appeal

Now, your letter doesn’t literally have to start with “You.”  It would be boring if every letter did!

But when you wrote your organization’s annual appeal letter, did you start with the donor?  Did you do everything you could do to make them feel the letter was personally written for them?  And did you place the donor at the center of the story?

In the last couple of years, I have seen some nonprofits moving toward a donor-centric approach. Hurray! But too many organizations whose work I admire are leaving money on the table by:

Don’t you do this! The nonprofits who are sending out the ideal appeal letters are stealing your donors. It’s time for you to win them back.