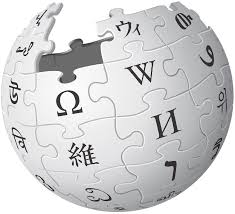 You’re just a little nonprofit working on homelessness, or hunger, the environment, or the arts, queer inclusion or anti-racism, in your own community.

Which statement is more likely to attract donations?

Surprised? Then take a moment to learn about social proof.

That’s why people trying to end binge drinking have stopped saying “Binge drinking is a terribly big problem and we have to do something about it.” Saying that only normalizes the behavior. It drives drinkers in the wrong direction!

Instead, showing that only a really small percentage of people who drink alcohol get wasted is a much more effective way of preventing binge drinking. (It works with other forms of addiction, too.)

How Wikipedia Drove Donors in the Wrong Direction

1. Only a tiny portion of readers give

2. Most people will ignore this message

3. If everyone reading donated

I can almost see Mike shaking his head. He laments that Wikipedia “frames giving as not normal and of little value.” And why would any of us want donors to think that?

Here’s how you can make social proof work for you, instead.

So the audience should be able to say, “Yes, those people are like me and they are using that product or service. Therefore, I’m the type of person who would use it.” –Bernard Ross, The Power of Social Proof