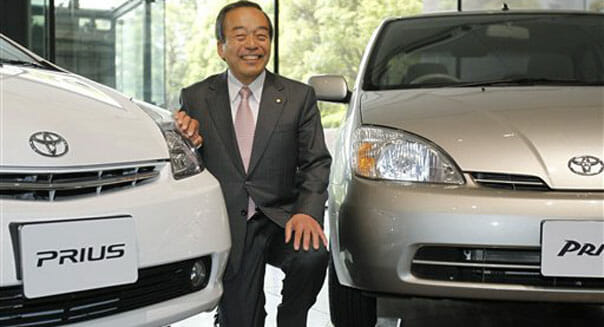 Who knows your donors better: you, or the companies that sell them cars?

My wife, Rona, was an early adopter of the Toyota Prius. She bought the first model the dealer ever had sitting on the lot. Every five years or so since then, she’s traded in and bought another Prius. And the dealer knows it.

The dealer doesn’t mail her in years 1, 2, or 3 after her purchase. But beginning in year 4, they start sending her teasers about how much she could get if she traded in now.

They don’t advertise Camrys to her. They don’t send her email about Highlanders or RAV4s. They talk to her about what they know she wants to buy–the new Prius–at the time when she’s most likely to buy it.

Does your nonprofit organization know your donors and their giving, the way Rona’s car dealer knows her buying habits?

When Your Donors Give

A lot of donors give once a year, in November or December. That may be because your organization only asks them once a year. I’ve suggested you should try asking for donations more often. See what happens!

But if you are among the one-third of nonprofit organizations who ask at least every few months, you don’t have to guess. You can look at your donor’s track record. If you’ve been sending Debbie Donor letters every season for three years, and Debbie only ever gives in September, does it really make sense to send her those other asks?

Of course, what the donor is telling you may be, “I’ll give to your organization for general support once a year.” That means if you ask her for money at other times, it had better be for something special.

What They Give For

How do you know what your donor cares about? You call and ask. You send surveys. You look for her name on the lists of donors to other organizations.

A little detective work will make sure you ask for donations when the donor is ready to give and for the good work he or she actually wants to support. You don’t have to promise to use the money exclusively for that purpose–but you do have to bring the results the donor wants to achieve to the top of your donor’s mind.

Otherwise, you’re peddling a truck to someone who wants a Prius.

Need help figuring out how to ask for donations at the right time, for the right cause? Email me, [email protected], to set up a free consultation. Because it’s more expensive to send out hundreds or thousands of appeal letters that don’t work than to get expert advice.