You are here: Home / Communicating / Marathon: What Boston 2013 Taught Me about Communication 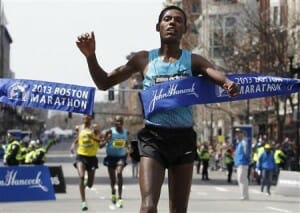 I can’t remember exactly how I first heard about the Boston Marathon bombing in 2013, but I know that was the first thing I said.

And I know the first things I did: turn on the radio, and get onto social media.

4 Lessons from the Boston Marathon

I spent a lot of that Monday listening for news, then sharing it with the immediate world via Twitter and Facebook.  That Patriots’ Day and the week that followed taught me four lessons I will never forget.

Communications: Not Just for Crises!

Looking back at it, it occurs to me: these four lessons are not just for crises.

If you want people to pay attention to what you write, you should write what people care about and what you know best, giving reliable information and engaging in conversation, every time you post, tweet, or talk or email.

Only, don’t write as often every day as I did on Patriots’ Day 2013.  Because communicating with your readers is not a sprint.  It’s a marathon.