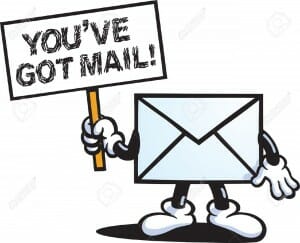 When people find out I consult to nonprofits about their communications and fundraising, they usually ask me one of two questions.

One is, “Which social media should we use?” The other is, “How often should we ask our donors for money?”

The best answer is, “It depends on you and your donors.” You want to adopt a Goldilocks strategy: not too much, not too little, just right.

And that depends on what your donors prefer–and how well you can write an appeal letter that puts your donors front and center.

“Same Time Next Year” is Not Enough

If your nonprofit is asking for money only once a year, however, chances are you’re leaving money on the table…and losing donors.

Most nonprofits are asking for money more than once a year. Kivi Leroux Miller’s survey found that about a third of organizations are sending fundraising appeals by direct mail every few months, or more frequently! Another third are sending at least twice a year.

If you’re mailing once a year, other organizations are tapping donors’ charitable impulses when you’re not even looking.

Find Out for Yourself

You can determine how often you should ask: by testing.

Not by asking your donors. “Because how people say they’ll behave is often quite different from the way they’ll actually behave,” as Claire Axelrad points out.

Years ago there was a famous door-to-door study where survey researchers knocked on people’s doors and asked them what magazines they read. Wanting to look “smart” people answered with things like “Time” and “Life” and “The New Yorker.” Then researchers looked in their trash cans. They found all sorts of “junk” and “gossip” literature that none of the respondents mentioned.

Donors say the best way to raise money from them is to mail once a year. But there is a reason that the 2016 Nonprofit Communications Trends Report found that most nonprofits are mailing twice or four times a year instead. It works, for most!

Consider making 2016 an experiment. If you’ve previously mailed an appeal letter only at the end of the year, try adding a spring or fall appeal. If you’ve sent out two, try upping it to three or four. See what happens!

Can You Mail Too Often?

Does three or four appeal letters a year sound like too much? Claire Axelrad tells us, “Large organizations who’ve done this testing are now mailing monthly, with 3 – 4 emails in between! Is this right for you? The only way to know is to test it for yourself. However, it’s not a bad place to begin.”

If you’re a large organization, that is! Smaller nonprofits may find it a big investment of time and money to send out the ideal appeal letter two, three, or four times a year. I’d urge you to make the investment, however. It’s how you’ll find out what works for you.

Whether you attended my recent webinar Blogging on a Mission or not, you can still learn from the experts.  Here are are five great articles about blogging that will help you launch your blog…or take it to a new level of success.  Ready? Set?  Go!

Getting Started With Blogging: 16 Resources to Boost Your Blog, by Debra Eckerling.   Detailed suggestions about the platform, design, and content you should choose, as well as how to use a content calendar and write (and promote) your posts.

Blogging: Where Do Your Ideas Come From?, by Dennis Fischman. I give you three sure-fire ways to come up with things to write about that your readers will want to read.

Time-Saving Hacks to Write More Blog Posts – A Video Demonstration, by John Haydon.   If you think you don’t have time to blog, this post will show you that you do!

Result of My Daily Blogging Experiment, by Kivi Leroux Miller.  How to blog more often, and enjoy it more.

The Definitive Checklist for Blog Post Promotion, by Adam Connell. Aimed more at commercial bloggers, but good advice for nonprofits too.

So a nonprofit has hired you as its communications consultant, or maybe even its Director of Communications.  But what do they really want from you?

Do they want you to help them raise funds?  To promote their programs?  Or to engage the broader community?

It’s vital that you find out.

Author Kivi Leroux Miller says whether you’re a fundraising communicator or a brand-builder/community-builder affects everything you do.

If you’re a fundraising communicator, then most likely:

But if you’re a brand builder or community builder, then probably:

You need to know which kind of communicator you are, so you know how to direct your effort.  And the client or the employer needs to know too–so they can define what counts as success.

What kind of communicator are you?  Have you been in an organization that didn’t make your role clear?  How did you cope?