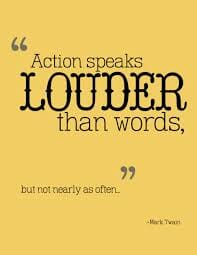 Are you trying to come up with more and better ways to thank your donors? Sometimes, what you need is not a new and improved thank-you letter, video, gift, or donor appreciation event.

Sometimes you just have to give the donors what they want.

What do the donors want?

Tom Ahern, the dean of donor communications, says the content donors want is the answers to the questions, “What did you do with the money I gave you? What difference did it make?” And they want the joy of feeling they have helped make the world a better place.

Take Tom’s advice and you’ll know what to put in your newsletter (and on your website, and on your social media)–and what to leave out. Put in stories about real people whose lives are better “because you helped.”

Everything else–the grant you got, the award your Executive Director won, the amount of money you have to raise before your fiscal year end–is what you should leave out. Unless you can find a way to present it so that your donors feel great about themselves! Then, include it. But check with some actual donors first!

Kivi Leroux Miller, who’s always both practical and inspiring, says donors want giving to be easy–and after they give, they want you to know who they are.

Take Kivi’s advice. Giving can be easy if your website has a good landing page and if once they give, you immediately acknowledge the gift (so they know “it worked!”)

Knowing who your donors are is so vital, and yet so neglected! “It’s amazing how little many nonprofits can tell you about their donors beyond their giving history, and that makes good marketing and fundraising tough,” Kivi says. If you know what your donors care about–including interests that don’t seem at first to touch on your mission–you can send communications that make them feel “This was written just for me.”

Joe Garecht, The Fundraising Authority, says donors want non-reciprocated value. In other words, be generous to them, too! Don’t just trade return address labels for a donation.

Take Joe’s advice. Find ways to be helpful to your donors, without expecting anything in return, “such as when you come across two donors who might find value in working together in their businesses, and offer to set up and attend a lunch meeting to introduce them.”

Customer service is the best thank you.

People in business know that their customers’ experience with them is reason those customers come back–or don’t. No amount of advertising can overcome a customer’s interaction with an employee who is rude, inattentive, poorly informed, or just plain unhelpful.

For nonprofit organizations, donors are our customers. Yes, they are “buying” services for other people–our clients! But customer service is still the key to seeing those donors again. Let’s put it in terms that fit the nonprofit sector:

The best way to thank your donors: think about what matters to the donor--and give it to them. Click To Tweet

What have you done for your donors that they will remember with a smile? 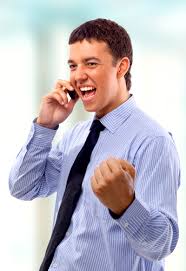 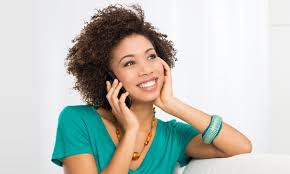 What’s your experience thanking donors? What works best for you? 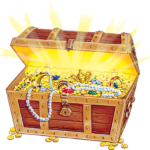 Every donor you keep is a treasure. It costs more to find a new donor than to retain a previous one. The more often a donor gives, the more loyal they become to your cause and the greater the lifetime value to your organization. So, saying thank you all throughout 2018 is not just a good idea. It’s money.

Need ideas to show your donors some love? Here are 14, just in time for Valentine’s Day, from Sandy Rees.

What makes a good thank you? Here are  5 easy steps to great acknowledgments, courtesy of The Donor Guru, Lynne Wester. (And also, check out my checklist for the ideal thank-you letter.)

If you prefer to look at a template, Network for Good offers this one to adapt to your donors’ needs. 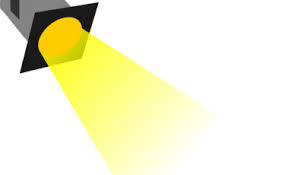 Give up the spotlight! Don’t talk so much about your organization.

If you focus on gratitude, if you focus on love, if the focus is donor-centric, there’s something in it for the donor, they’re going to go, “Wow, that was really nice” (as Claire Axelrad tells us in this video from Bloomerang).

Ann Green is right: Even if someone donates online, she should get a thank you by mail or phone. If you haven’t sent a thank you letter to your year-end donors, do that now! http://ow.ly/h2L730hSWQS

Thanking someone promptly for a gift is just good manners: the bare minimum. Thanking is necessary, not sufficient. It does not equal “donor-centricity.” Thanking alone will not lead to better retention nor any predictable increase in future support.

Actions thank louder than words. Check out my guest post for John Haydon and at the end, you’ll find five ways you can thank donors like you mean it.

Besides saying thank you to renewal donors, you could also welcome new donors on board.

And the next time you ask for money, include the words Thanks in advance–especially if you’re asking by email! (A tip from our friends at The Agitator.)

Thanking donors makes you happy, so do yourself a favor and start putting these great thank-you tips to work today.