You are here: Home / Uncategorized / TY Thursday: The Nonprofit Thank-a-Thon 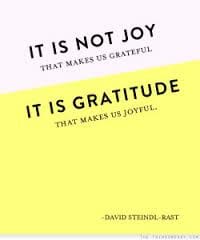 It’s vital for your nonprofit to thank donors, and one of the very best ways to do it is to pick up the phone and call them. If you’re lucky, though, you have so many donors that the Executive Director and Development Director both put together would consider thanking donors a full-time job! What’s the solution? Hold a thank-a-thon.

A thank-a-thon is like a phone-a-thon. Only instead of dialing for dollars, you have a room full of people calling people who have already given…just to say thanks.

Abigail Harmon gives us the portrait of the classic thank-a-thon.

Armed with a list of donors – big and small alike – and a script, each board member makes calls to thank donors for their support over the past year…Historically, a phone bank was required so that everyone could sit in a room and make the calls…but it is often more feasible to have board members bring their cell phones and chargers (just in case) to a house where they can sit around and make the calls.

You will need a staff member to hand out the lists and scripts and answer questions that might arise. And you will want to provide some food and drink. Your callers will be friendlier if they are fed!

4 Reasons a Thank-a-thon is Worth It

Why would you spend the time and energy of your board members and volunteers for an activity that’s not going to raise any more money right away?