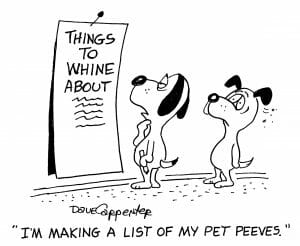 More than one friend has complained to me about the dreaded “thask”: the thank-you note combined with a new ask. “I just sent a donation, and here they are asking for more. It’s like they’re trying to tell me I gave too little the first time!”

You know we have a tremendous problem with donor renewal in our sector. The chances are that two of three people who gave to you for the first time in 2015 won’t give again this year. Could the “thask” have something to do with it?