You are here: Home / Nonprofit / What Vu Le Thinks Nonprofits Can Learn from Super Bowl 2015 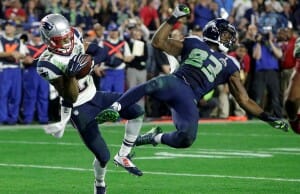