You are here: Home / Uncategorized / Who is your nonprofit’s Malala? 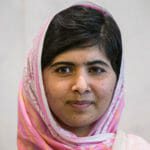 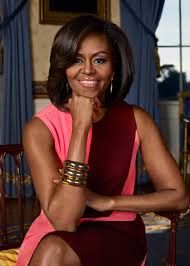 oday’s example of great nonprofit communications comes from someone you might have heard of before: Michelle Obama.

And it’s about another person you might know about: Malala Yousafzai.

Obama sent the following letter to my friend Carol (and perhaps a few million others).

Twenty years ago today, in a part of Pakistan where women and girls are so often silenced, a girl was born who would one day use her voice to change the world.

Her name is Malala Yousafzai, and she is one of my heroes.

Despite threats from Taliban terrorists who banned girls in her community from attending school, Malala’s father, a teacher, believed that his daughter should get an education. And Malala bravely spoke out about the dangers she faced, writing a blog about her fears that the Taliban would attack her school.

The Taliban sought to retaliate, and in October of 2012, as Malala and her friends were traveling home from school, a gunman stormed their school bus and shot her in the head.

Thankfully, Malala survived, and she refused to be silenced. In the years since, she has traveled the globe, fighting for girls’ education, and she won a Nobel Peace Prize for her extraordinary efforts. She did all of this before even finishing high school — in fact, she graduated just last week!

There are young people like Malala in every corner of the globe who are determined to get an education worthy of their promise. In the new chapter of our lives, Barack and I are committed to doing whatever we can to support these young leaders.

I hope you’ll join me in wishing Malala a happy birthday and in working to ensure that every girl has the chance to fulfill her boundless potential.

Donate today to support the Obama Foundation’s work, including our ongoing investment in young leaders across the globe.

Why the letter works

Notice that the letter says practically nothing about the Obama Foundation, or Michelle, or Barack. It’s all about Malala Yousafzai…and you, the donor.

You don’t have to be Michelle Obama. Write a letter like this, and it will work for your nonprofit, too.

And you don’t need a world-famous figure, either. Whose story will your audience identify with? Find your Malala, then tell your donors, “Be on her side. Donate.”