You are here: Home / Fundraising / 7 Reasons You’re Not Getting Enough Donations

When I worked at a nonprofit organization, every day in December, I would anxiously check the mail. How many of those appeal letters I’d sent out were coming back with donations enclosed?

Now I’m a consultant–and I’ve always been a donor–so I’m looking at the mail in a different light. Last November and December, I received 58 solicitations in the mail. How many of the organizations I support are sending out letters that will make other people want to support them? 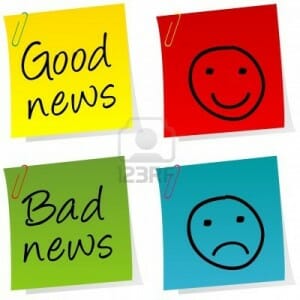 Friends, there is good news and there is bad news.

The bad news is that your appeal letters are failing, in seven different ways. If you are falling short of your fundraising goals this year, your letters may have a lot to do with it.

The good news is that you can do something about that!

1) You’re starting your letter “Dear Friend.”  21 out of 58 letters I received called me Friend or Supporter.  Wrong!

2) You’re mainly talking about your organization. 41 out of 58 letters were in French: they said “we, we, we.” Another 9 said, essentially, “Thank you, you’re great because you support our great work.” But that’s making your organization the hero of the story!

3) You’re not telling an “impact story.”  There are six types of stories that nonprofits should tell. In your appeal letter, you should tell an impact story, showing how the donors’ contribution makes a difference.  28 out of the 58 letters I received told just the facts, ma’am. Another 22 included a brief quotation from a client, or a general anecdote about a client, and how the agency helped them.

4) You’re not including a photo. People are becoming more visually oriented, and a photo helps your appeal stand out. Yet 26 of 58 letters I received were text only! Another 25 included blurry black-and-white photos, or nice color photos that added nothing to the message.

5) You’re not letting me know you appreciate what I already gave.  This, I find really shocking: 48 out of 58 letters I received used exactly the same language to me that they would use to someone who had never given them a penny.

6) You’re not personalizing your letters. It used to be a no-brainer for Executive Directors, Development Directors, or Board members who knew the donor to write a personal note on appeal letters. People, we are going in the wrong direction on this! 55 out of 58 letters arrived in my mailbox with no personal touches whatever–even when my wife and I have known the person sending the letter for many years.

Fix this by composing your appeals long enough in advance to add those personal notes…and doing so. (Kudos to the Welcome Project for including notes to my wife and me from both the Executive Director and the Board President.)

7) You’re sending multiple copies of the same letter to my address. Is it really so hard for you to figure out that Dennis Fischman, Dennis and Rona Fischman, and Dennis K. and Rona J.S. Fischman are the same people?  Besides wasting paper and postage, you’re letting me know that you really have no idea who we are: not a good way to ask for money!

Fix this by cleaning up your database, and by asking your envelope-stuffers to be on the lookout for duplicates.

I’ll tell you how the 2015 appeal letters looked at the end of the year!