You are here: Home / Nonprofit / Fundraising Tuesday: Remember My Gift. I’m Not Joking! One of my favorite knock-knock jokes starts out sounding like it’s not a joke at all.

“Dear friend, will you always remember me?”

“Yes, I will always remember you, Dennis.”

“Will you remember me tomorrow?” “Yes.”

“Will you remember me next week?” “Of course!”

“Will you remember me next year?”

(Making a sad face) “Aw, you forgot me already!”

You laugh–but do your nonprofit organization’s donors say, “You forgot me already?”

They might–if you send them the same fundraising letter that you send to someone who’s never, ever made a donation before.

How to Show Donors You Remember

Let’s assume you’re calling your donors by name in the salutation of your letter. And getting the name right! Not doing that is the quickest way to lose a donor.

You still need to show your donor that you know the person behind the name.

Donors don’t want to be just names on a list. They want to know that when they gave, you noticed. How can you show them that?

Jackie and John were afraid that their three children would have to sleep in their coats and under an inch of blankets this winter. They had only enough money to heat their apartment through the end of January. But your generous gift of $100 on December 22 helped them keep the heat on all the way to March. Jackie and John thank you, and so do we!

Now, here’s another way you can help.

What It Takes to Remember Your Donors

In order to send the right letters to the right people, you have to find out about those people, and what they care about.

The simplest thing to find out is whether they are donors or prospects. In other words, have they given before or not? If you have any kind of database, it’s easy to find out which is which. Separate the two lists and send them different letters.

(This sounds like a no-brainer. You wouldn’t call your spouse on the phone and talk as if you were arranging a first date, would you? So why would you write your loyal supporters as if they were people who had never given before? But when I looked at all the fundraising letters I received at the end of 2015, 60 out of 90 letters I received used exactly the same language to me that they would use to someone who had never given them a penny! You can do better than they did.)

Most databases will also let you find your LYBUNT and SYBUNT donors (“Last Year But Unfortunately Not This Year” and “Some Year But Unfortunately Not This Year”).  People who used to give, gave for a reason. If you can figure out that reason and write your appeal accordingly, you may get them back–but not if you treat them like they never gave, or the previous gift didn’t count!

What they care about

Let’s face it: only a few people give because they care about your organization. You. Your mother. Who else? 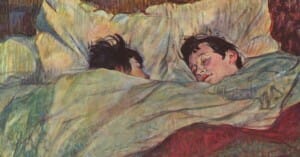 Most donors give because they care about the people you serve (like the family who didn’t need an inch of blankets to keep from freezing last winter). And probably, each donor cares about some clients and some issues more than others.

Just like you separated out your donors from your prospects, you should be able to separate out the people who give to keep the heat on from the people who give to make sure the kids have summer jobs. The difference is, your database can tell you their donation history. For their interests, you have to do a little detective work yourself.

So, you could send separate letters to donors, past donors, and prospects, varying by their specific interests. And you might want to do that. It’s not a whole new letter you have to write each time: it’s tweaking the elements that let the recipient know you remember him or her as a person–not an ATM.

But if you choose to do just one thing differently after reading this blog, choose to write a different letter to donors than you do to the world at large.