You are here: Home / Nonprofit / TY Thursday: Don’t Ask for Money! Unless… 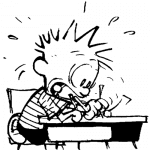 Before you write that appeal letter…

Are you working on your end-of-year fundraising appeal already? Good for you! Lots of nonprofits start thinking about their appeal letter in November…or even December. You are already ahead of the field.

Yes, I said stop! There’s something more important for you to work on right now than your fundraising letter–something that will actually help you raise more money than your appeal letter.

Now is the time to thank your donors.

Why Thanking Donors is Your First Priority

Donors who aren’t thanked don’t give again. It’s as simple as that.

The sad fact is that MOST of your first-time donors won’t give again. Across the U.S., fewer than 20% of donors who gave to a nonprofit organization in 2014 renewed their support in 2015. That means four out of five donors gave once, then walked away.

Why? The biggest reason donors say they don’t renew their gift is lack of communication. They didn’t hear from you that you appreciated their gift, or how you used it, or whether or not they made a difference.

A good thank-you letter begins the process that makes your first-time donor into a loyal friend (and makes your longtime donor a fervent advocate for your work).  So, if you didn’t send a thank-you letter last year–or if your letter read like a tax receipt and not a personal note–then drop everything and thank your donors today.

Beyond the Thank-You Letter

“But wait,” you say. “We already thanked the donors. We sent out a letter in January.”

Again, good for you! Especially if your told a story that immediately made the donor feel happy that they gave. And doubly so if you sent one thank-you letter to the first-time donor  and a different letter to your donor who decided to renew. You made them feel they were not just an ATM: they’re people you know.

But that was January. This is October. 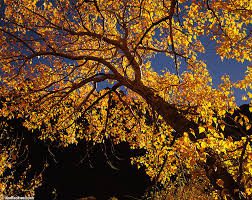 And your long-time donor may be thinking less of you, too. You’re their cousin who they haven’t heard from for ages, who suddenly shows up at the door asking for money. They may still love you, but they may feel a bit used. You need to build that relationship again.

3 Ways to Thank Your Donor, NOW

Before you ask for money again, here are three ways you can thank your donors personally.

Ideally, you would thank your donors throughout the year (and here are twenty ways to do that in 2017). But it’s not too late to show your gratitude and make your donors proud this year.