There’s an old saying: “You never get a second chance to make a good first impression.” Nowhere does that saying apply more than when you write a fundraising appeal letter.

Whether the donor even opens the letter depends on the envelope. Whether they give it a second glance depends on whether or not you get the name right–and what you say in the postscript–and whether you’ve made the letter easy to read.

Now, let’s say they start to read those words you, the writer, thought about so long, and worked and worked to get just right.

If the first sentence of your appeal letter doesn't compel your donor to read on, you may just have wasted your time sending it. Click To Tweet

And that would be a shame! So, what can you do in the very first sentence of your fundraising appeal to spur your potential donor to read the rest, and donate?

First Sentences That Pull Donors In

Here are the first sentences of some fundraising appeals I received recently that made me read the rest of the letter:

It wasn’t Mai’s decision to call the police. (RESPOND, an agency working to end domestic violence)

In a few weeks, a high-priced team of lawyers will ask the Supreme Court to stop you from helping farm workers. (United Farm Workers)

Imagine you are 15 years old and you woke up this morning as your detention center roommate was being rushed to the hospital with a fever, sore throat, and a raspy cough.  (The Sentencing Project)

$15 doesn’t sound like much, I know. It could buy a nice lunch or a few fancy coffees…or it could provide emergency relief, lifesaving medical treatment, clean water and sanitation…right now. (International Medical Corps)

It’s just an “LGBTQ Safe Zone” sticker. Yet, when you put it up in your synagogue, JCC, day school, or other communal space, you just might change the world. (Keshet, for LGBTQ equality in Jewish life)

Maria left an unsafe home and a volatile relationship and found her way to a shelter in Cambridge earlier this year. (Second Chances)

How many times have you seen a homeless woman on the street, and passed by with neither of you any better off? (On the Rise)

How a Great First Sentence Works

If you’re like me, you receive dozens of appeal letters over the course of a year. What was it about these examples that caught my eye and made me want to know more?

Notice what these first sentences didn’t do

All these first sentences avoided the deadly weaknesses that send so many appeal letters to the recycling bin, unread and unanswered.

They didn’t speak in generalities, but got down to cases.

Instead, all of them pinpointed what would matter to me, the donor. They literally put me first.

When do you write your next fundraising appeal letter? Maybe you’re working on it right now. Here are two things you can do make that first sentence a winner.

Find it in what you’ve already written. Take a look at your current draft. Are the first few sentences (or paragraphs!) humdrum? Did it take you a while to get to the part that’s going to be exciting to the donor? Then you can either move the exciting part ahead of routine part,  up to the first sentence–or just cut the beginning you have now and begin with what the donor will want to hear.

Write the first sentence last. If you’ve got a lot of good material but nothing to make the donor have to read it, put yourself in the mind of the person who’s picking up your letter in the mail. What is there about what you’re saying that you can say simply, briefly, in an exciting way?

Make that the first sentence, before it goes in the mail. You’ll make a good first impression–and more money for your cause. 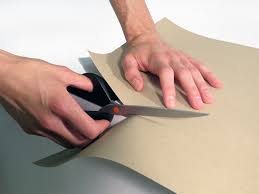 People’s time is scarce, and their attention is precious. If you want to get your audience to read your emails, newsletters, posts, etc., then follow Jill Konrath‘s advice and cut the following words out of your writing.

They fall into three categories.

Jill has given us a good list of the jargon that annoys people in business. What would you add to her list?  What are some of the cliches, buzzwords, and overused terms you see in the nonprofit sector?

You know it and I know it: a lot of nonprofit writing is just painful to read.

We donate to our favorite causes. In return, we get newsletters full of jargon, emails full of typos, fundraising letters that sound like they’re written in French–because the organization says “We, we, we.”

As people who work for nonprofits, and to ensure their success, we can and should do something about this! Make sure your organization asks itself these five tough questions:

1. Are you listening long enough before you write?

2. Do you think longer and more complicated is more impressive? (Your readers don’t!)

3. Are you writing memos when you should be telling stories?

4. Are you burying the lead? (Does the reader know from the start why he or she should read on?)

5. Are You as Good a Communicator as Shakespeare’s Fools? (Will people invite you to speak truth fearlessly to them because you leaven it with humor?)

None of us wants to cause pain to our supporters. But that means we must think what our supporters want to read! The golden rule of writing is to write unto others the way you wish they wrote unto to you.