I love to see all the appeal letters you are sending to my wife and me. It shows that nonprofits understand that donors want to make a difference, especially during a crisis! Just this summer, 18 appeal letters from 14 different organizations hit our mailbox.

Not all appeal letters are created equal. Let me tell you about a fundraising fail and an absolutely fabulous appeal letter, both from good nonprofits. Click To Tweet

Doctors Without Borders does magnificent work, and Rona and I have supported them in the past. Their appeal letter was stuffed with good elements that should have made it a winner, including:

When I say stuffed, I mean stuffed! It was a thick envelope.

So, what went wrong?

The less important fail was that the envelope was blank white, without even the name of the sender, let alone anything that would make us want to open it and see what’s inside. (Maybe they thought the sheer bulk would pique our curiosity.) 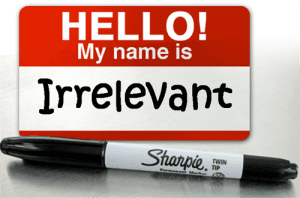 If you forget my name, I may soon forget yours

The key reason I consider this appeal letter a fail–and a missed opportunity–is how they handled the donor’s name.

Through the window envelope (which is already an impersonal package), we could see the message was addressed to “Rona J.S.” Yes, those are the correct middle initials. But why in the world would you leave off the last name?

Inside, the salutation of the letter was “Dear Friend.” How friendly is Rona going to feel when you get her name wrong on the outside and don’t use it at all on the inside (except on the donation slip, which she’s only going to see if she decides to give you money)?

You don’t know my name and you call me your friend? What do you think this is: Facebook? -Rona Fischman

Yes, the Fischmans may still give to Doctors Without Borders–but it will be in spite of their appeal letter, not because of it.

Please don’t make it harder for your donors to stay loyal. Get their names right. 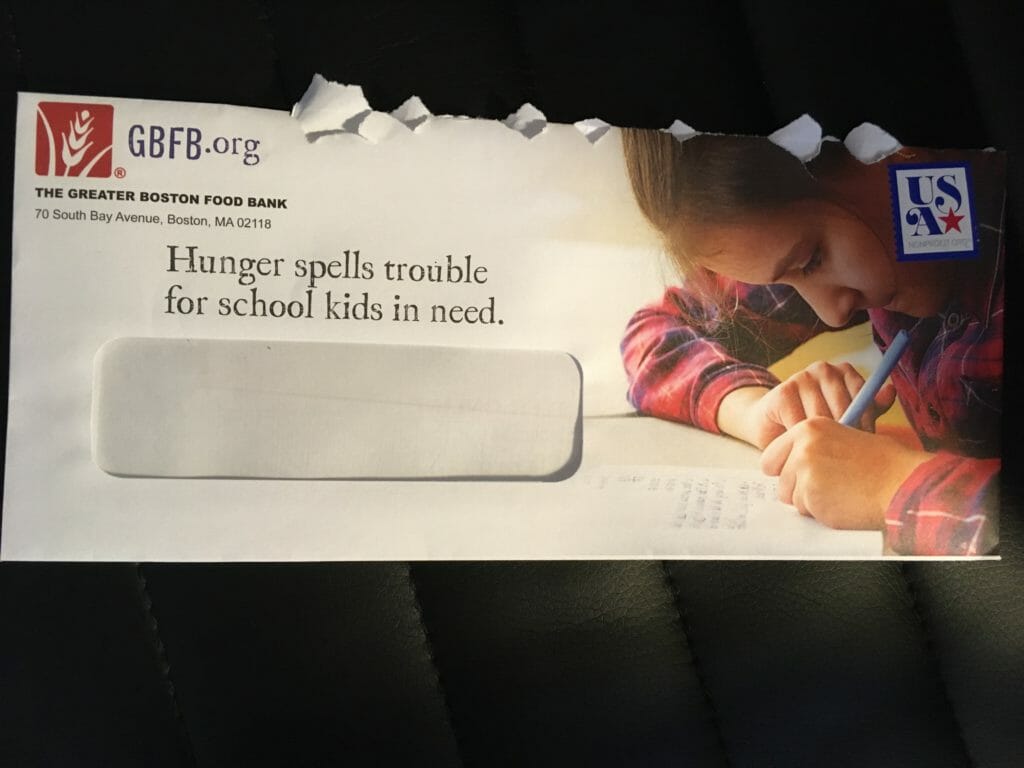 The Greater Boston Food Bank starts getting it right with the envelope. The picture says without words, “back to school time for kids.” The text on the envelope tells you the problem–and because you’re looking at that child, you care.

Inside, they use a version of the same photo, with the caption:

When children are hungry, they can’t focus on studies. Together, we can help.

Usually I advise nonprofits to use more  “you” than “we” in their fundraising, to make the donor the hero of the story. Being self-centered instead of donor-centered is a classic way to fail at fundraising.

In this appeal letter, though, they’re using  “we” the right way: not we at the organization vs. you, the donor. We, meaning both of us together: the Fischmans and GBFB.

What else did this organization do well in its appeal letter?

They got Rona’s name right.

They told the story of a parent who’s worried about feeding his children.

They included a bookmark with a cute quotation form Dr. Seuss…and on the back, spaces to record “Ten Awesome Books I Read This Year.” (Because the donors may have children we love, and thinking about them will make us more likely to give.)

You should shamelessly steal ideas from the Greater Boston Food Bank and other nonprofits who are raising a lot of money in the summer of this very strange year. You can make your appeal letters work so well, they’ll be…